Since it is made of processed sewage, whether Milorganite smells is a reasonable question to ask before choosing it as a fertilizer. Such origins also raise adjacent questions about Milorganite’s safety and usage standards.

This review will answer these queries so you can make an informed decision about how/when to use the product. It will also offer some alternative fertilizer options.

Like many fertilizers, Milorganite smells—especially when it is fresh out of the bag. However the smell only lasts two days maximum. Descriptions of the odour have been mixed, with some describing it as sulphuric and others comparing it to rotten fruit. In fact, many consumers think the scent of the product changed from musky to sweet over the 2010s.

Milorganite might have more of an odour than synthetic nitrogen fertilizers but shouldn’t smell much (if any) worse than organic ones like peat or compost.

Although the scent of Milorganite is strongest before use, it lasts up to two weeks after you apply it to your lawn or garden.

What Is It Made From?

Milorganite is made from the municipal sewage of Milwaukee Wisconsin. After being digested by bacteria, the sewage is heated and dried into pellets.

This process preserves the elements needed for fertilizer—nitrogen and phosphorus— while destroying pathogens.

The final product that Milorganite consists of is known as a bio-solid and releases its fertilizing compounds into soil gradually.

This gradual-release property gives Milorganite an advantage over fast-release fertilizers, which lose their effect quicker after application.

Milorganite is not the only biosolid fertilizer.

Farmers in Australia fertilize crops with a similar substrate, while bio-solids can also be found in other fertilizers in the United States.

The technology used to process bio-solids originated in the early twentieth century and is well established.

Does It Go Bad?

Milorganite does not come with an expiration date and will last indefinitely if you store it somewhere dry.

Seasonal temperature fluctuations will not harm the fertilizer, so it can be stored in your garage or shed permanently.

If the fertilizer gets damp, it could get contaminated by mold, bacteria, or parasites that are detrimental to plant growth. If it becomes icy, it could lose its effectiveness.

Can It Make You Sick?

There has been some concern over heavy, toxic metals accumulating in consumer bio-solids. When consumed in high enough quantities, such materials can cause serious illnesses.

However, Milorganite contains levels of metals that are considered safe by the EPA when the fertilizer is used as directed.

That is to say, don’t eat Milorganite, but feel free to use it as a fertilizer for your vegetable garden.


Moreover, the levels of heavy metals in milorganite are closely monitored during production.

The municipal treatment facility which produces the fertilizer tests it daily for toxins and microbial pathogens.

PCBs or ‘polychlorinated biphenyls’ are a type of banned industrial chemical that are occasionally detected in bio-solids.

In 2007, high levels of them were found in Milorganite in Milwaukee park fields. Authorities traced the contamination to a dyeing facility that was no longer operating.

What Happens If You Use Too Much?

Applying more than the recommended amount of Milorganite might harm your grass or garden.

Adding too much nitrogen to a lawn at once, though encouraging blade and leaf growth, can actually weaken roots and increase susceptibility to disease.

If you think you’ve applied too much Milorganite to your lawn or garden, try raking it across a larger area.

Then water that area to clear away excess fertilizer.

Furthermore, applying excess amounts of nitrogen to one area can cause it to flow into surrounding environments.

Such runoff can lead to local environmental damage.

Since Milorganite is a low-nitrogen fertilizer, however, it is a safer choice than other brands if you are worried about over-application.

What Are My Alternatives?

Here is one the the option. There are plenty more milorganite alternatives options to choose from here. 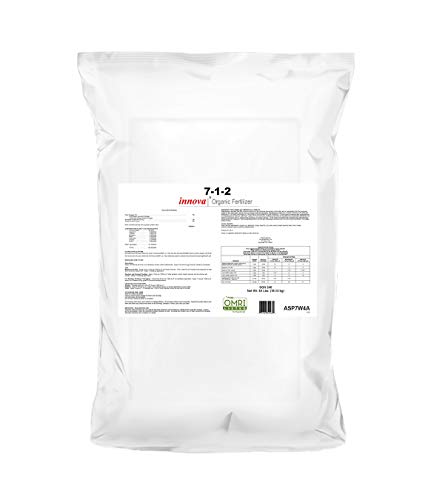 If you are worried about using treated sewage as a fertilizer, you have a few other options. In fact, bio-solids are considered to be an alternative to more mainstream types of fertilizer.

Many manufacturers produce fertilizers consisting of nitrogen, potassium, and phosphate that have been extracted using methods unrelated to biosolids.

These extraction techniques often involve mining the relevant elements followed by some form of chemical processing.

Fertilizers made from organic materials that have decomposed naturally are also available for use. Some organic fertilizers like peat and guano are mined, while others are made from the controlled storage of organic matter.

Manure is a type of organic fertilizer that, though technically a waste product, does not fall under the bio-solid category. It typically has a lower concentration of heavy metals, too.

Although it is a fertilizer made from treated sewage, Milorganite does not have an intolerable odour, nor does its smell linger for more than a week or two after application. The fertilizer won’t go bad if you keep it in a cool, dry place either.

Over-application of Milorganite can harm your lawn and the surrounding environment. Yet since Milorganite is a low-nitrogen fertilizer, this will be harder to do than with many other similar products.

And as long as you use Milorganite as directed, you won’t need to worry about the quantities of heavy metals typically found in bio-solids. Though metal poisoning can cause serious illness, the concentrations of such substances in Milorganite are closely monitored and controlled.

If you are interested in milorganite fertilizer alternatives to this type of fertilizer, however, there are certainly other options.

Hopefully this overview of Milorganite has offered some useful information on the fertilizer.

Does Milorganite Repel Deer and Rabbits